About Us > Staff - Chukwuma Obasi

Chukwuma Obasi is the Arts & Humanities Program Assistant. He holds a BA in Communication (double minor in musical theatre and dance) from SUNY Geneseo. Obasi joined TE’A (Theatre, Engagement & Action) as an actor and writer at its inception in 2008, when it was a new theatre company partnering with Intersections to produce Under The Veil. TE’A has since become an Intersections partner.

As a performing artist, Obasi continues to work in theatre, film, and television, using his talents as dancer, writer, choreographer, director, producer, and spoken word poet. Recent theatre projects with TE’A include Cadence: Home, and The America Project. In addition, Obasi has written and directed several new plays as a part of the Retaliatory Violence Insight Project—an initiative of Intersections and George Mason University—as well as a new Play Reading Series for Intersections that features pieces with an emphasis on social justice. 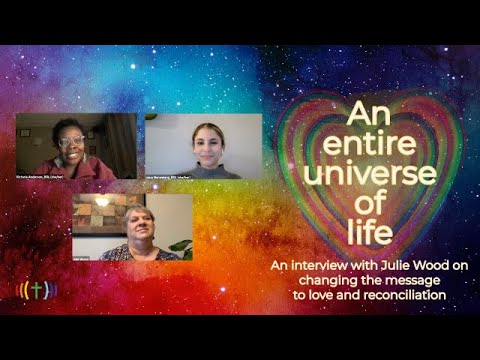 BELIEVE OUT LOUD presents An Entire Universe of Life: An interview with Julie Wood on changing the message to love and reconciliation.

BELIEVE OUT LOUD presents An Entire Universe of Life: An interview with Julie Wood on changing the message to love and reconciliation.